That’s the name of a church hymn I’ve never sung. But I like the title of it, and it’s relevant to what I want to write about today, which has nothing to do with church hymns but with something else I do find sacred: Rhinebeck! (i.e., the New York Sheep and Wool Festival, in Rhinebeck, New York)

Months ago, I made the decision to attend (my first time in four years), but then when my mom died just a few weeks ahead of the festival, I couldn’t imagine going and enjoying myself. Or even knitting ever again, for that matter. But my husband pushed me to go, knowing that time there would be good for me. And it so was.

It was a kind of time-out-of-time for me. Surrounded by strong, creative, amazing women, curled up in our cozy house with knitting, coffee, snacks, and music, I discovered a renewed energy in myself, and a renewed connection with myself. In fact, the four days I spent there were the longest I’ve gone so far without breaking down into tears at some point. My heart was full of something like joy.

the view of our house from our backyard

It’s hard to be down when surrounded by the delights of a fall weekend in New York with fabulous females (and their fabulous footwear).

The time at the festival itself was, of course, magical. But the best part was being with friends. 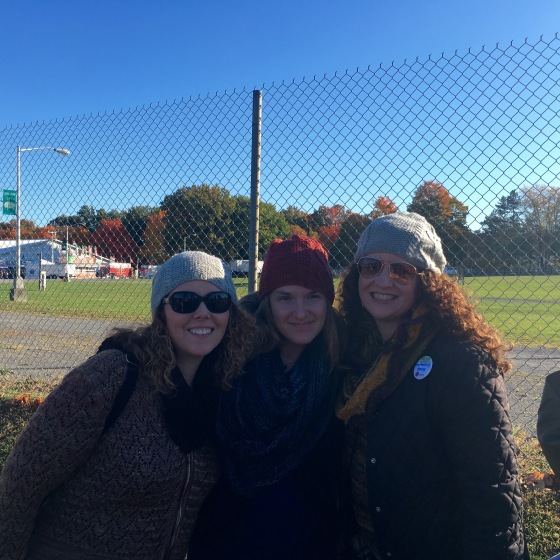 in our matching Shameless hats

with my gal Heather

with my gal Jessie 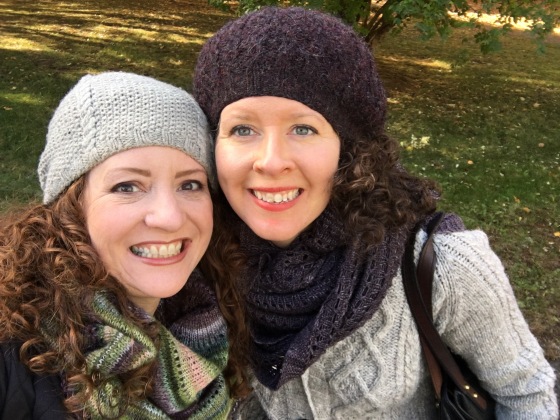 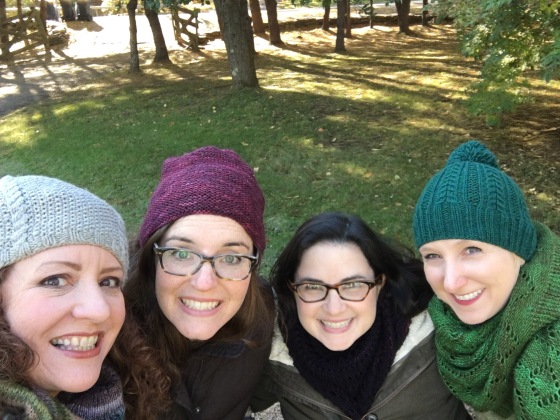 Are we cold or happy? (answer: both!)

And then, of course, there were the handknits. Most of the people in our house had made a Pi Shawl within the last several months. We arranged them into a pie, because we like puns, and also pies, and also pi. 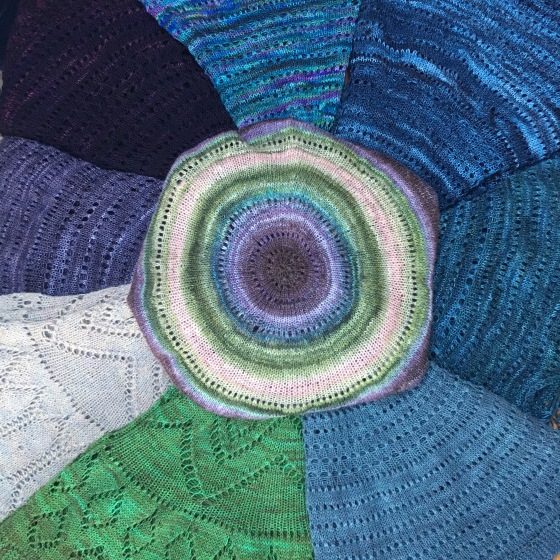 We called this a Zimmermann of Pi Shawls

And then we all had to photodocument: 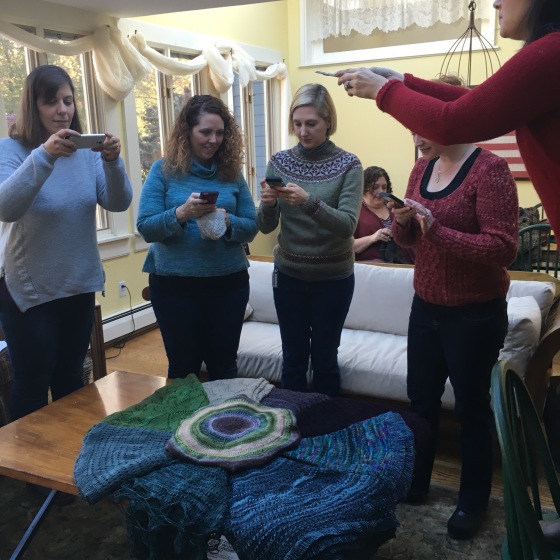 And while I spent the vast majority of my time with women, which I found very nurturing and healing and all things good, one of my favorite things I saw at Rhinebeck was this: 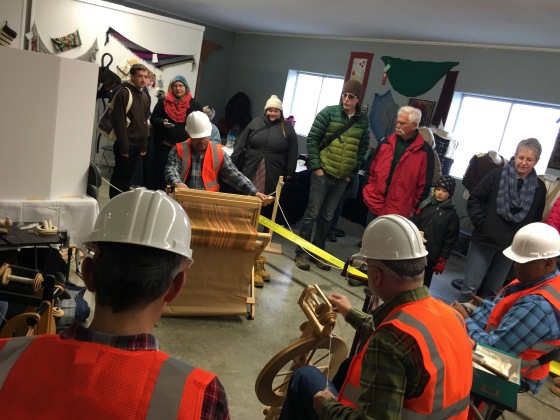 Another favorite part of the festival was the Breed Barn: 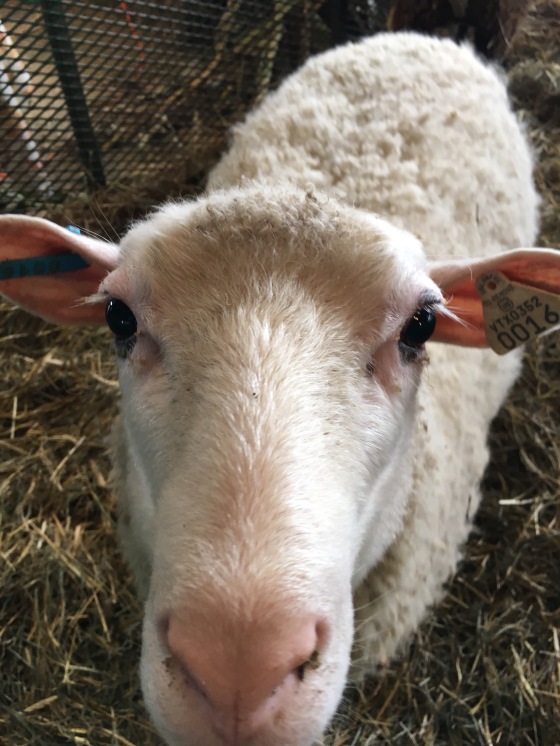 I think she wants to come home with me (or am I projecting?)

Jessie made a new friend 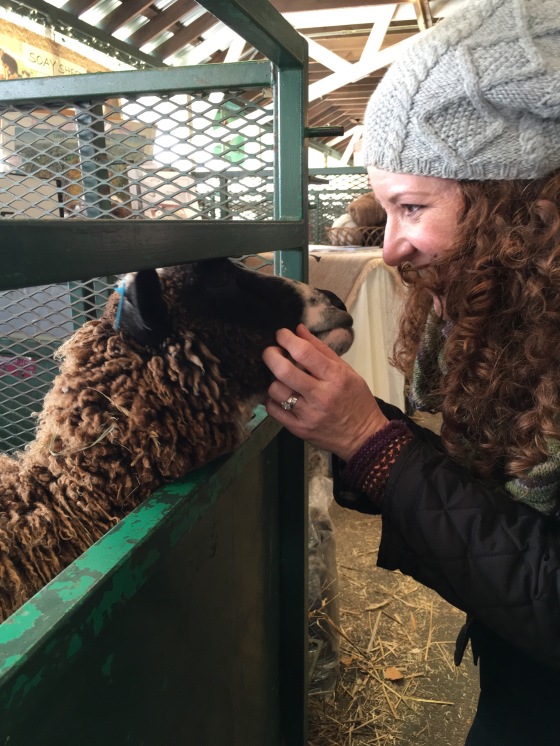 I made a new friend, too!

It was over far too soon, and then we had to say goodbye.

But the memories of my time there have sustained and fortified me. I feel like I spent the weekend being knit back together, at least a little bit, and it was good.