(And again with the technical difficulties, too – sorry for my delay in posting about the giveaway winner! I tried to post yesterday but failed).

We are deep into Tour de Fleece now, and I have been spending all my crafting time making yarn. My pile of knitting keeps staring at me sulkily, but I’m committed to doing as much spinning as possible during this three-week tour. I’ll be picking up th knitting needles again soon.

The Hello Yarn “Gobbler” on Cheviot was a delicious spin. I finished the final skein on Saturday:

Which meant that, in one weeks’ time, I had completed an entire sweater spin:

This was a feat I’d never have been able to accomplish without my new miniSpinner. So, thank you, miniSpinner!

There’s obvious variance from skein-to-skein with this spin, but I plan to alternate the skeins while knitting, so I think it will all even out. I have one more 4oz. bump of the fiber to spin up, in case this isn’t enough for the sweater I have in mind, but I think it will be. I can’t wait to cast on for this!!

But instead of casting on, I put more fiber on the spinner, and away I went:

This was the dreamiest of dreamy spins: 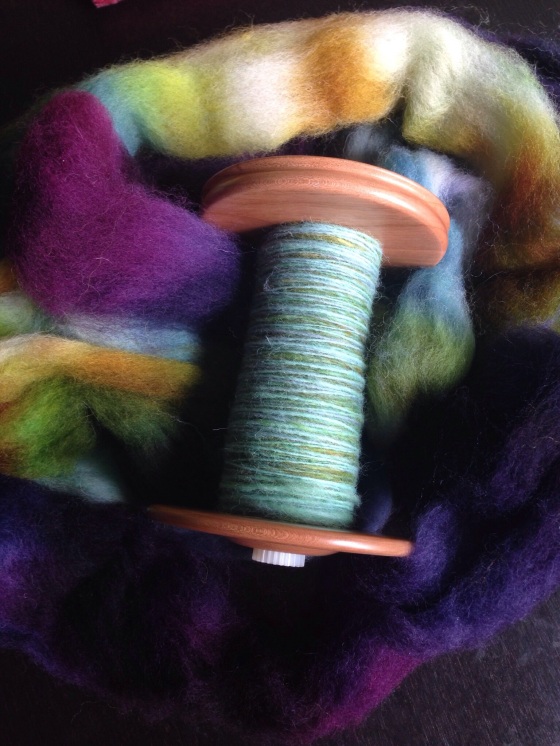 This is Hello Yarn “Light as Feathers” on Romney Lambswool and it is AH-MA-ZING.

In almost no time, I had this:

I have very special plans for this skein, but once I finished it I began dreaming of an entire sweater of this lusciousness. I’m very, very tempted to try to get my hands on more of it.

But for now, I put more Hello Yarn on the wheel, this time part of the MegaSAL I’ve been a part of this spring and summer: 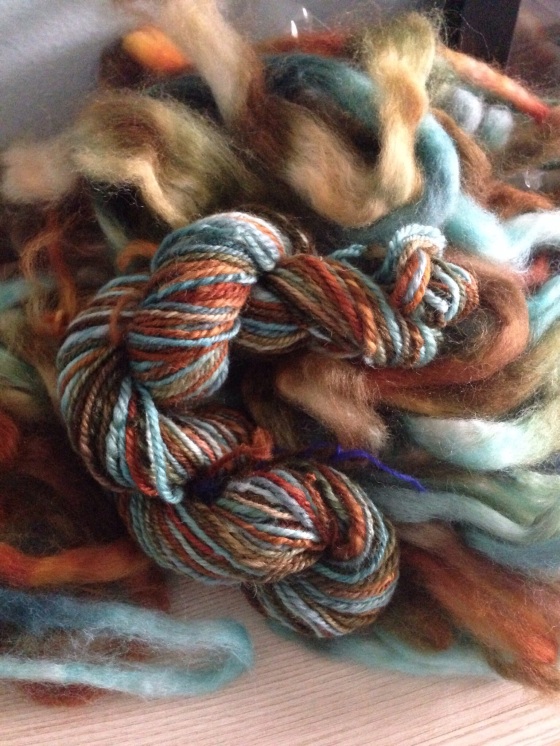 This is “Crivens!” on BFL/Silk – aren’t those colors just divine? I’ve finished chain-plying the first half and am now spinning up the second half, for a pair of yummy socks.

Okay, okay, I know you’re not really here to see the spinning – you want to know who won the giveaway, right? First, let me say, thank you, THANK YOU, for spreading the word about this. The best way I know to express my joy and gratitude for our son’s safe rescue is to do my best to prevent this kind of accident from happening to anyone else’s child. Thank you for helping me do that!

Secondly, I decided to pick two winners. There were lots of people who shared and posted on Facebook who didn’t comment on the blog post, and I wanted to include them all in the drawing, but I didn’t want to be unfair to those who had also taken the time to comment on the post. So I did one drawing just for the people who commented on the post, and that person will receive the original skein I posted: 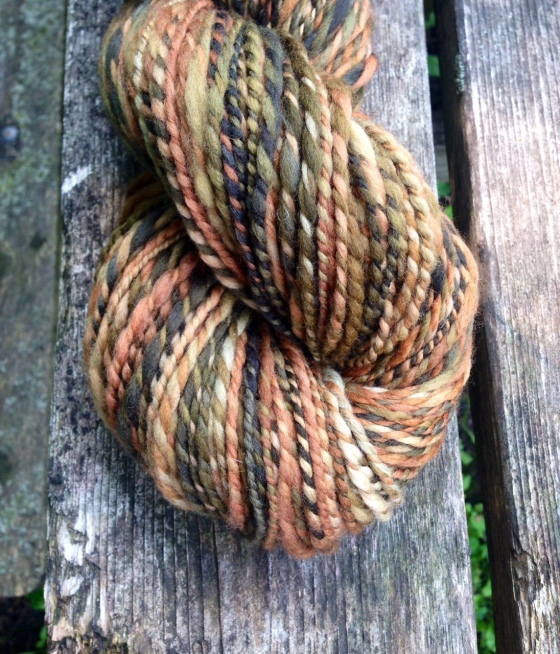 I did a second drawing that included everyone who had commented on the original blog post and also those who only commented on Facebook, and that person will receive another handspun skein (something I’ll pick from my stash) or something made from it. The winner of that gift is Jessica Pressley – Jessica, thank you for spreading the word. I’ll be in touch to get your mailing address!

Thanks, y’all, for your very kind words, your ongoing help in raising awareness of this kind of accident and how to prevent it, and for your continued willingness to share in my joy!