Last spring, I got into knitting tiny things, after I found a Mochimochi kit at a local craft shop. I bought the book Teeny-Tiny Mochimochi: More Than 40 Itty-Bitty Minis to Knit, Wear, and Give

(affiliate link) and began envisioning all the wee gifts I could make for people. I got this far:

Okay, I got a little further than that, but not much.

Last April, I had the privilege of attending a colloquium in Santa Fe, with some colleagues from all over the country. We were looking together at wisdom sayings of the desert monastics of the early church, and the New Mexico desert was a great place to consider such a topic. I decided that, for fun, I would make these little cacti as mementos for the whole group. 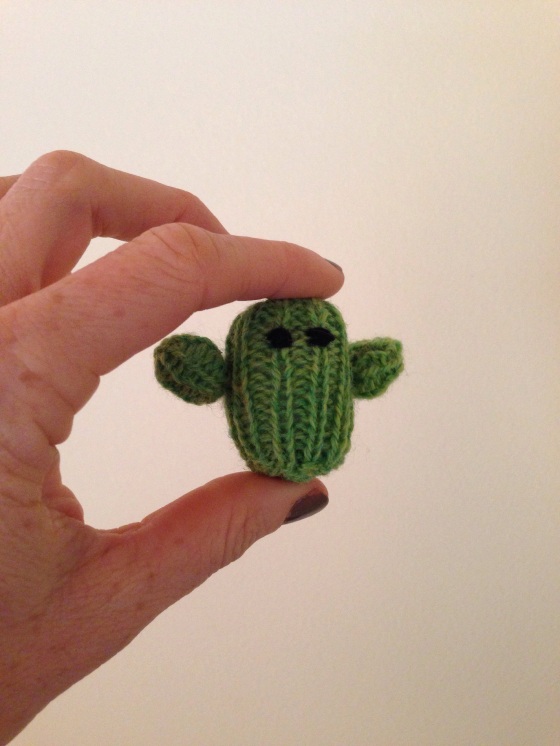 Aren’t they so cute?

I only finished enough to give to our leaders (I gave our two leaders each a tall cactus and a smaller cactus), but I promised I would be sending each participants (there were fewer than 20) a cactus at some point before next spring.

I haven’t been working on wee knits in … awhile, so I still have a few to make. Okay, a lot. But I still have plenty of time between now and next spring, right? 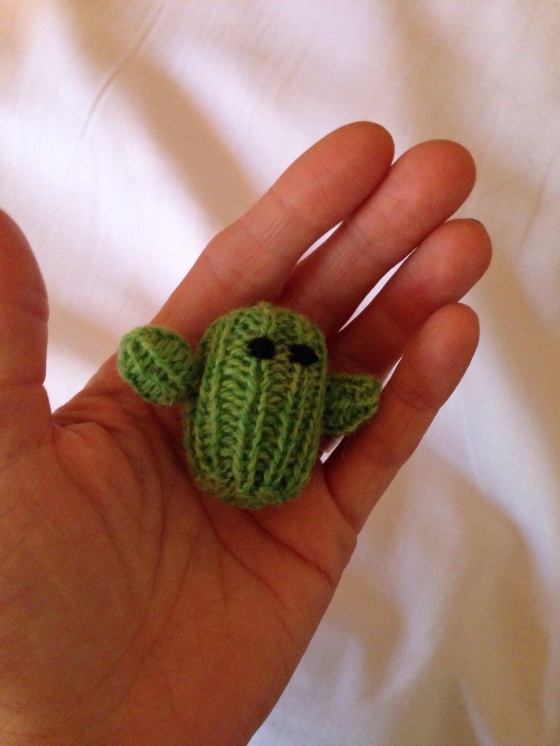 cactus in my hand