We got to go to our first Tigers game of the year this weekend.

Ready for the game!

The boys wore the jerseys my parents gave them for Christmas. It was a beautiful, sunny day. Fifty degrees is still a little chilly, but after the winter we’ve had, it felt like a real spring day. It was actually a perfect afternoon for taking in a game. 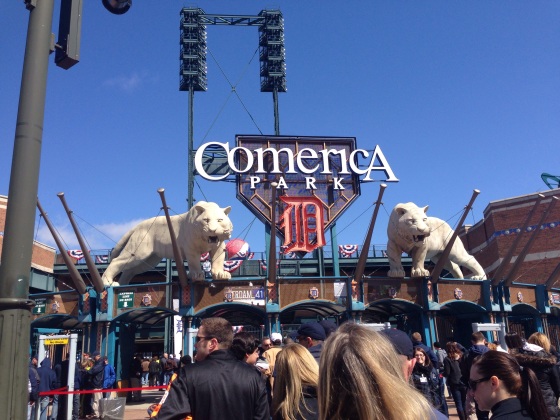 The day before we went, Miguel Cabrera made his 2000th hit, the second-youngest player ever to reach that milestone. We were hoping to see him his number 2001, but it was not to be. We did, however, get to see my guy Torii Hunter hit a 3-run double and a 2-run homer. Over the weekend, he hit three homers in three games. Love that guy! 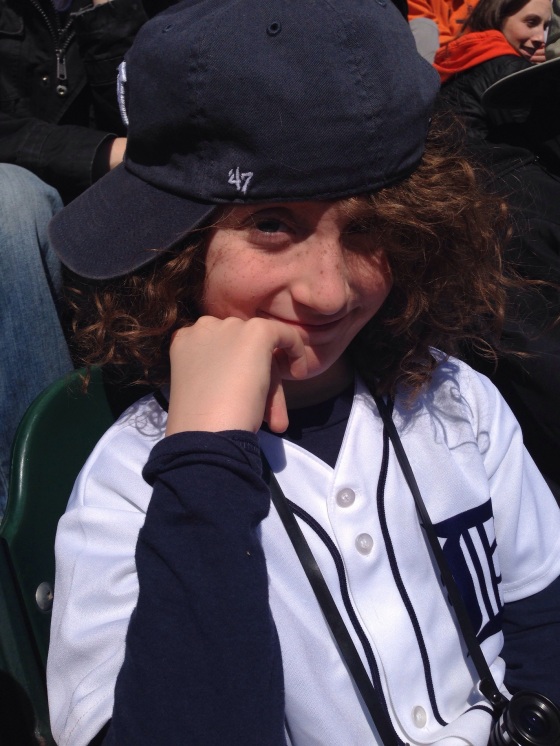 Chillaxin’ in the sun

The Tigers entered the top of the ninth up 7-1. But then Phil Coke took the mound, and all I’ll say about that is that by the time the game was over, the score was 7-6. It was a nailbiter. A win is a win, though!

We left the stadium happy! And then we saw a guy propose to his girlfriend in front of this giant tiger stadium, so that was cool. Also, after four games, the Tigers were the only undefeated team in the MLB!

Of course, nothing lasts forever. And sure enough, the Tigers lost against the Orioles yesterday afternoon. Which means: 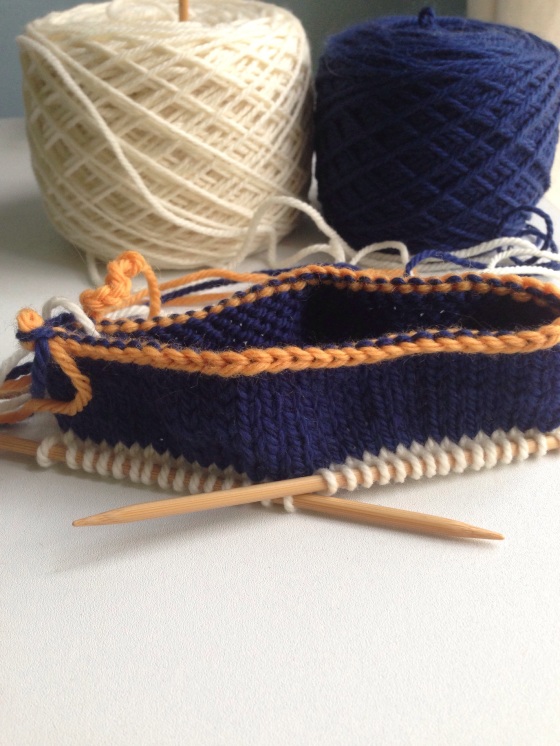 I knit my first white stripe on my Crackerjack.

I’m not crying, though. At .800, the Tigers are currently leading the league. I’ll take it! Hmm, how about a wire-to-wire season, boys?

I hope that regardless of how you’re team is doing, you’re enjoying working on your Crackerjack! It has been so fun to see everyone’s projects in the works. I find I’m not only keeping up with my own team, but I’m more aware than ever of how the other teams are doing. This first week of the baseball season has been a blast!

3 thoughts on “Crackerjack :: One week in”